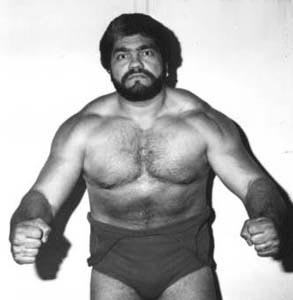 Hercules Ayala has passed away at age 69 in Canada which has been his home for decades (and where his wife is from). No details were given but I posted an hour ago that Omar Cruz informed me that he was ailing and the situation looked bleak.

Ayala was trained by Angelo Savoldi and wrestled for the WWWF and Stampede early in his career. Most of his career was spent in his home territory of Puerto Rico for the World Wrestling Council.

He held the Stampede Tag Team Titles with Jim Neidhart and he won all of the major WWC Titles at one point or another in his time.

In 1985, he wrestled NWA World Champion Ric Flair at the WWC Anniversary show as you can see here: https://youtu.be/ctAGvafzUc4

He worked against many of the greats in WWC in their partnership with other groups. Thanks to the amazing gift of YouTube the world is able to see so much history.

In 1988, he faced Carlos Colon in the famous fire match. I vividly remember seeing pictures of it months later in one of the non-Apter wrestling magazines. Rags soaked with lighter fluid were tied all along the ropes and set ablaze. https://youtu.be/u555bglXd9k