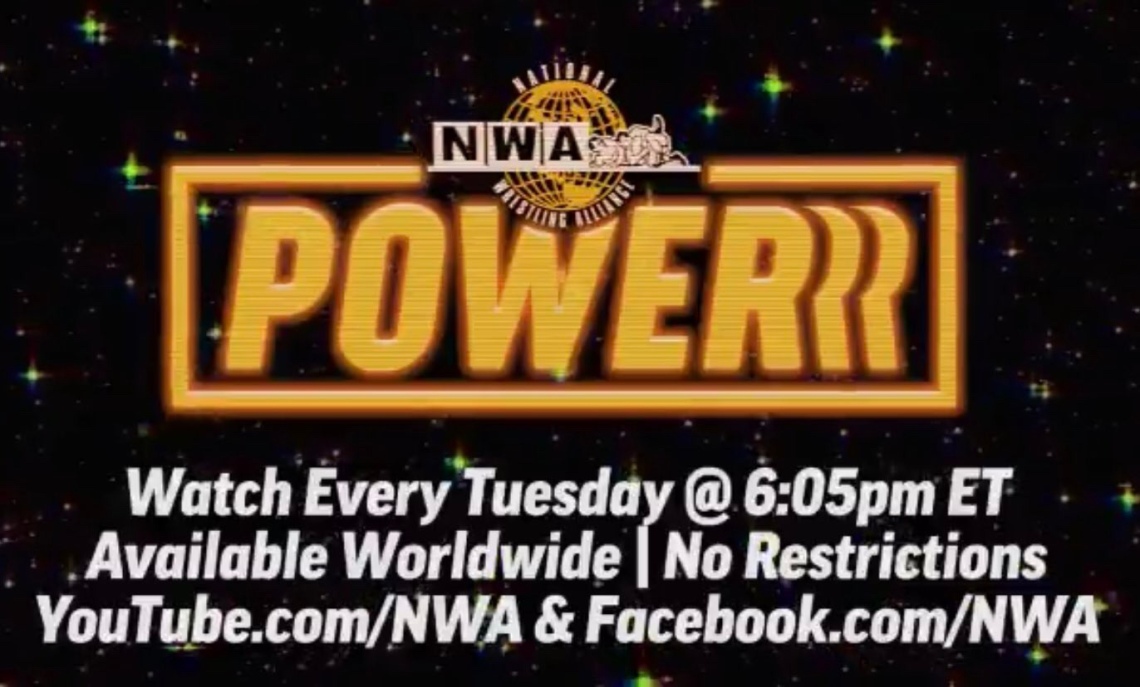 For the second week in a row they stated a few minutes before 6:05pm. The theme song for Season 3 is now from Pantera.

The show opened with Joe Galli at the podium doing an interview with Tim Storm. Storm said he loves the fans because they’re family. Galli said Storm has a match with Thom Latimer next week and mentioned rumors that Storm is retiring. Storm said it’s not happening because this is a gift to be there and he has to beat Latimer. He vowed not to hit Kamille no matter what.

Latimer and Kamille came out. Latimer said no matter what happens Storm will not get another title shot at Nick Aldis.

Galli said he got word in his ear that Tim Storm’s mom was there and he introduced her to the crowd.

A man came out in drag dressed as an old woman with a walker pretending to be Storm’s mom to mock him. Storm said he didn’t know who the person was. He said he didn’t know if he should laugh or get angry and wondered who put the guy up to it. The man wouldn’t say and Storm walked away.

TV Champion Ricky Starks was on commentary with Galli and Stu Bennett.

Cross got the pin in a much longer than usual match after the springboard cutter followed by the shooting star press. They shook hands after.

They showed a taped promo from Nick Aldis. It looked like he was in a home office. He said it’s been a week since he issued the money back guarantee challenge to Marty Scrull and he hasn’t heard back from Scrull. He said he is losing patience and wants to hear a reply said Scrull can even make him a counter offer. He said he wants an answer by Sunday in Baltimore (which is the ROH free show).

David Marquez did an interview with The Pope who was with The Dawsons. Pope said Kingston and Homicide blew their title opportunity chances and it doesn’t reflect well on them.

Kingston came out with his hands behind his back. He said he had weapons with him originally but The NWA told him to relax and wouldn’t allow it. He said nobody better disrespect Homicide because he’s like blood and family to him. He said he brought some new friends with him.

The Bouncers came out. Bennett mentioned they are from ROH. Pope challenged them to a fight in the ring.

The Bouncers blocked The Dawson from getting fully in the ring. The Pope looked concerned and retreated with The Dawsons to the locker room.

They showed a segment called “May Valentine’s Diary”. This was not good and she’s not good on the mic. I guess it’s supposed to make her like a clueless pro wrestling socialite and social media influencer (aka Alicia Atout). She recapped Royce Issacs’ matches from Hard Times and his most recent matches from this set of TV tapings so far. She said she made a new friend but a picture was shown of Kamille looking annoyed at her. She also said that she and Issacs are in love but footage showed them arguing as the segment ended.

They went to a 10-minute time limit draw. Question Mark was ejected early on. Murdoch gave Stevens the top rope bulldog and mock pinned him after it was over. Galli made it like Murdoch would have won if the time limit was longer.

Zicky Dice did a taped promo saying he’ll do anything outlandish that the fans want if The NWA YouTube page gets more subscribers.

They did a cool segment called Two-Minute Update with Sean Mooney like his old WWF Event Center segments in the 1980s. He plugged the ROH show, profiled Ricky Starks, and noted Melina wants a Women’s Title shot.

Melina sat at the announcers table but refused to do any commentary with Galli and Bennett.

Rosa got the pin after a hot shot and bridging school boy in a good TV match that was given several minutes.

Marti Belle came out and tried to interfere but Rosa didn’t want her at ringside. Ashley Vox and Tasha Steelz came out to prevent her from doing anything.

After the match, Rosa walked away from Melina and Belle as the show went off the air.

This show has booking and format problems. When it started, it was an hour or less each week that left you wanting more. The last few weeks have been an hour or more filled with bad comedy, several recaps of previous week’s matches and people doing the same promos saying the same stuff.

The convoluted title match stipulations that are starting to get monotonous.

Wrestling... with Demons; Mistress Of The Mat; No Prima Donna; horror; paranormal; philosopher stone; Prog Rock; Fair Play; Apocalypse in 9/8. The site is dedicated in memory of Michigan hotline host "Coach" Kurt Schneider for helping me discover the world of "insider news" and pro wrestling from around the world back in 1985 when I was a child. Special Thanks to "scream queen" Linnea Quigley and the late Art Bell. View all posts by Shannon Walsh