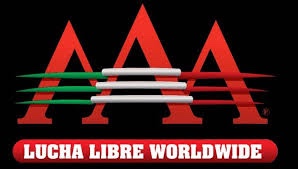 Cruiserweight Champion Laredo Kid is back after his time on a Reality TV show. He came to the ring to cut a promo which in AAA (and all of pro wrestling) is just an excuse to have the heels interrupt. Sure enough Rush, L.A. Park, and Bestia del Ring came out and attacked him. They took his mask and the Cruiser Title belt from him. Park gloated that Kid lost on the reality show. Rush said Kid returned to AAA as a loser. They all sat in chairs in the ring and arrogantly put their feet on Kid who was laid out to end the segment.

Maravilla is wearing a cap after losing her hair to Big Mami in the match a couple of months ago.

Dinastia pinned Negra after a super hurricanrana and a splash off the second rope.

Octagon pinned Villano after an overhead slam off the ropes.

After the match, the rudos laid everyone out. Taurus took King’s mask. They said they will win the trios titles.

Park and Ring pinned Kid and Fenix at the same time in a wild finish. Averno ran out during the match in regular clothes and hit the referee with a chair. He then power bombed Pentagon into a table in the corner of the ring that Rush set up earlier. He took Pentagon’s mask and then called for rudo referee Tirantes to run to the ring as the replacement referee.

Pyscho Clown, Murder Clown, and Monsther Clown made the save after the match. They challenged Rush, Park, and Ring to a future match.