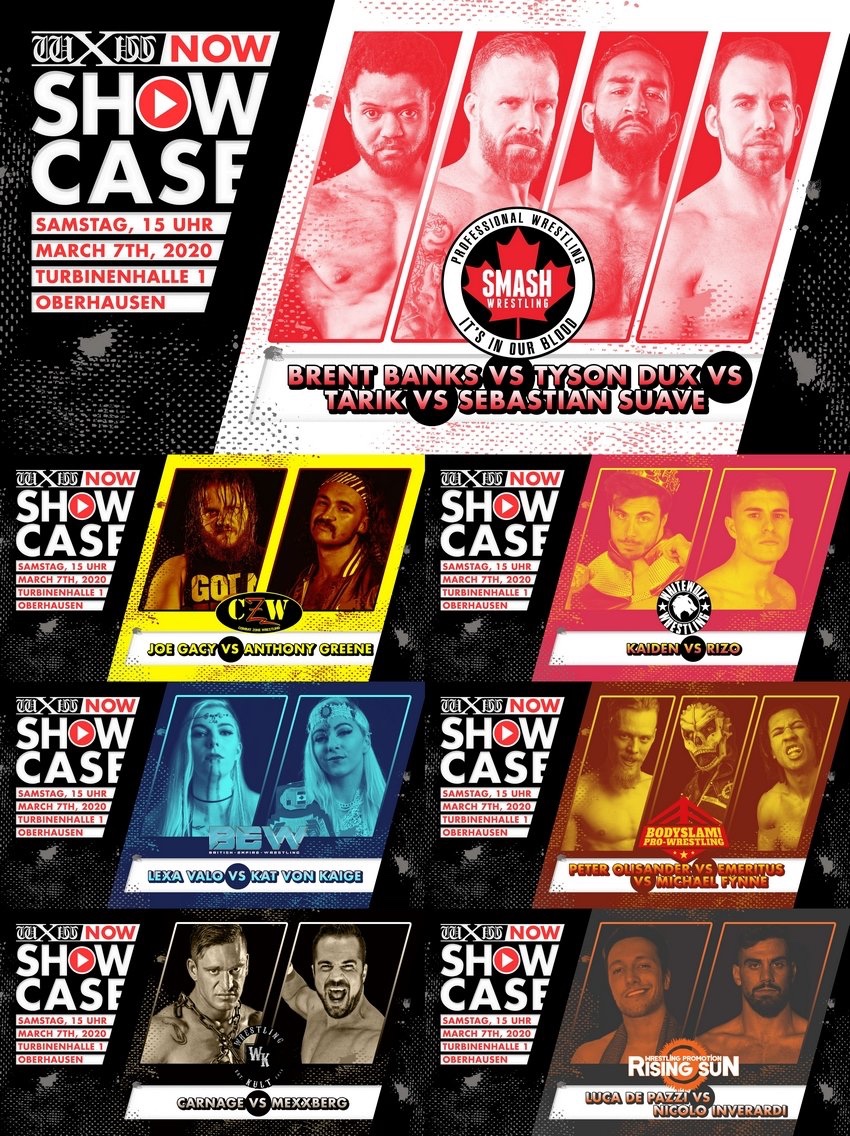 wXwNow Showcase results from Oberhausen, Germany 🇩🇪 at Turbinenhalle on 3/7/20.

wXwNow is the company’s VOD streaming service where all of these numerous events this weekend will appear on over the next few days.

Carnage beat Mexxberg. Carnage is one to watch as a potential future star. Both were representing Wrestling Kult in the match.

Rizo pinned Kaiden after a knee shot. Both were from Triple W out of Spain.

CZW World Champion Joe Gacy pinned Anthony Greene after a lariat. They were representing CZW based of course in America.

CZW owner DJ Hyde announced CZW will have a show in Frankfurt, Germany on November 14, 2020.

Peter Olisander won a 3-Way Match over Emeritus and Michael Fynne by pinning Fynne. All were from Bodyslam Wrestling based in Denmark.

Tarik won a 4-Way Match over Tyson Dux, Sebastian Suave, and Brent Banks by pinning Suave. All four are from SMASH Wrestling out of Canada.