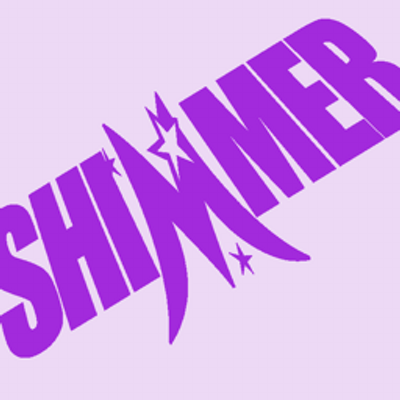 SHIMMER announced this evening that their 3/28/20 and 3/29/20 shows in Berwyn, Illinois have been postponed and will be rescheduled for a date yet to be determined.

No word yet on the 4/3/20 SHIMMER event during Wrestlemania Week in Tampa, but I can’t see how that goes on either with the Coronavirus.

RISE announced days ago that their 3/27/20 date, which was also scheduled in Berwyn, is postponed. That show was allegedly supposed to be the company’s last live event due to financial reasons. However, they announced “Pride and Joy 2” which will be co-promoted with Freelance Wrestling on 6/28/20 in Chicago during the Pride festivities in the city. 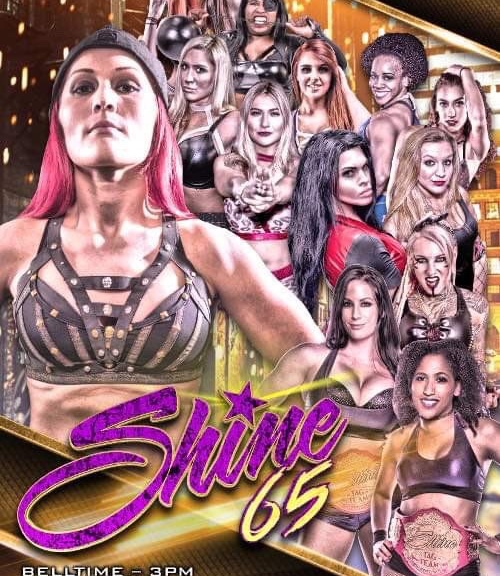 Trevin Adams and Lenny Leonard are the announcers.

La Rosa Negra pinned Jay Raves after the Flying La Rosa. Ayla Fox was scouting the match. She needs new people to represent with Big Swole in AEW and Aja Perera (aka Aja Smith) in WWE NXT now. Negra showed sportsmanship after the match as she put Raves up on her shoulders and danced.

Jenna went to a Double Disqualification with Double D’Rose when they both hit the referee and continued to brawl. Ayala Fox was scouting this match too.

Alex Gracia pinned Stormie Lee with a cradle. Brandi Lauren tried to distract the referee but it didn’t work. Gracia was attacked by Lauren after the match. Lauren put her in the Rings of Lauren and Natalia Markova made the save to set up the next match.

SHINE Nova Champion Natalia Markova beat Brandi Lauren by Disqualification when Stormie Lee ran in and attacked Markova just as she was about to pin Lauren. Lauren then put Markova in the Rings of Lauren until a few other referees came out to help break it up.

SHINE Tag Team Champion Ivelisse pinned Lindsay Snow after the rolling snapmare and kick to the face. Jake Clemons was the referee. He was the heel referee on WWE Raw last week who cost Kevin Owens the match against Randy Orton. The announcers joked that they were glad he can count fair and evenly again but they wouldn’t elaborate because WWE didn’t acknowledge who he was on Raw.

Thanks to Steve Grant for the initial quick results of this report. 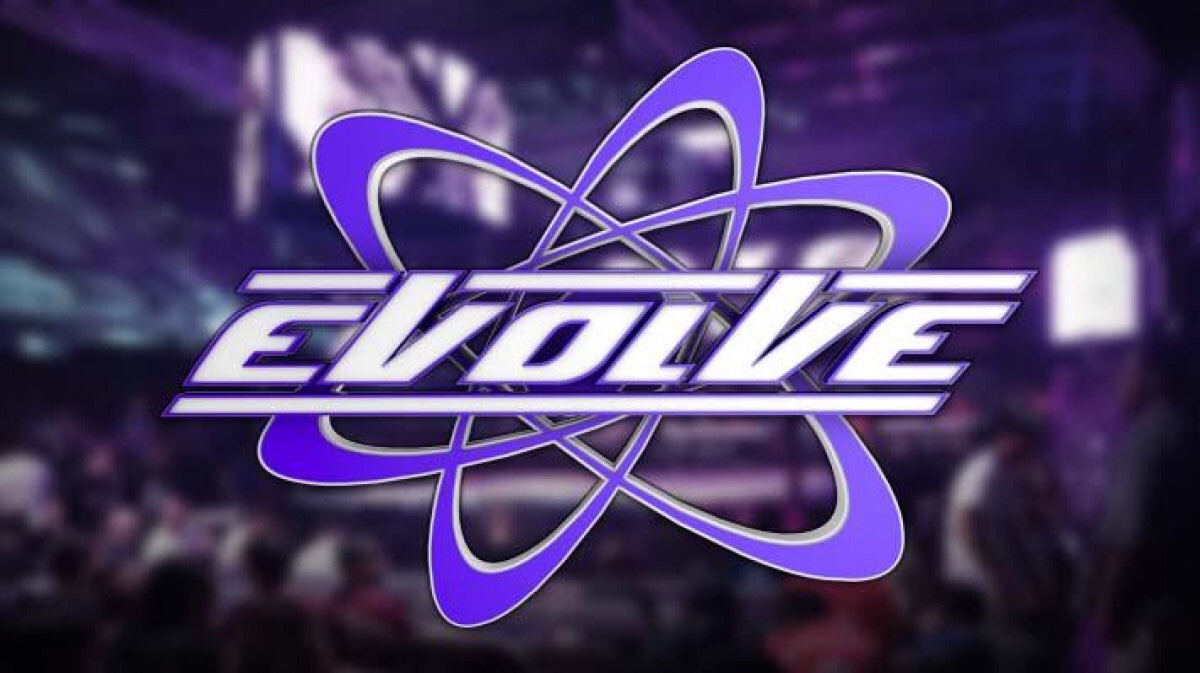 EVOLVE sent out a press release to announce EVOLVE 145 will air live for free on their Facebook page at 6pm EST on 2/29/20.

Here is the card which will take place from Woodside, N.Y. at La Boom:

EVOLVE Champion Josh Briggs vs. Anthony Greene (with Brandi Lauren) in an Anything Goes Match.

Leon Ruff and AR Fox (with Ayla) vs. Liam Grey and Adrian Alanis

This show will overlap into the AEW Revolution $50 pay-per-view on B/R Live from Chicago which starts at 7:30pm EST with a pre-show. 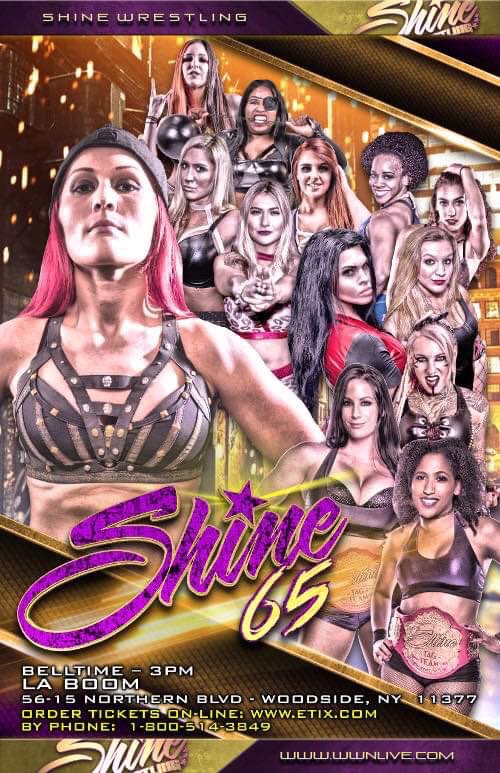 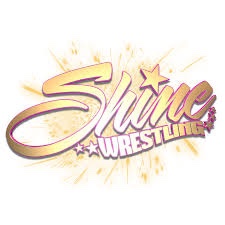 Always slow with the event date announcements, SHINE officially announced late this evening their next show is 2/29/20. It will be in Woodside, N.Y. at La Boom at 3pm EST. 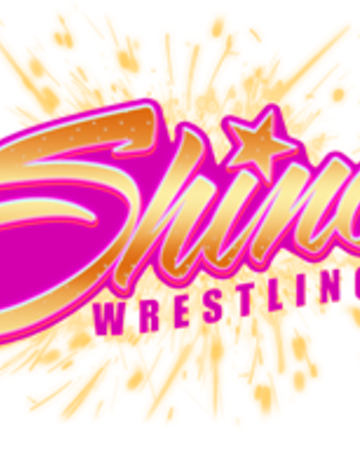 SHINE results from Fern Park, Florida at the Orlando Live Events on 1/18/20. This was the pre-show to EVOLVE 144 this evening:

After the match, Brandi Lauren came to the ring and demanded Markova hand the title over to her. Markova refused and Stormie Lee jumped her with a chair to help Lauren. Avery Taylor made the save.

Marti Belle and Jayme Jameson won the SHINE Tag Team Titles from Big Swole and Aja Perera. Brandi Lauren and Stormie Lee came out and attacked Ayla Fox at ringside which caused a distraction and allowed Big Swole to be pinned. The title change wasn’t a surprise because Swole is now with AEW and she probably needed to drop the title.

Head over to our friends at PW Insider for EVOLVE coverage because I am covering Queens Of The Ring 2 on YouTube which is running against it.

I know I said last year that I would be abandoning coverage of SHINE. I had a change of heart when I saw how much website traffic each of their events bring in to this website. 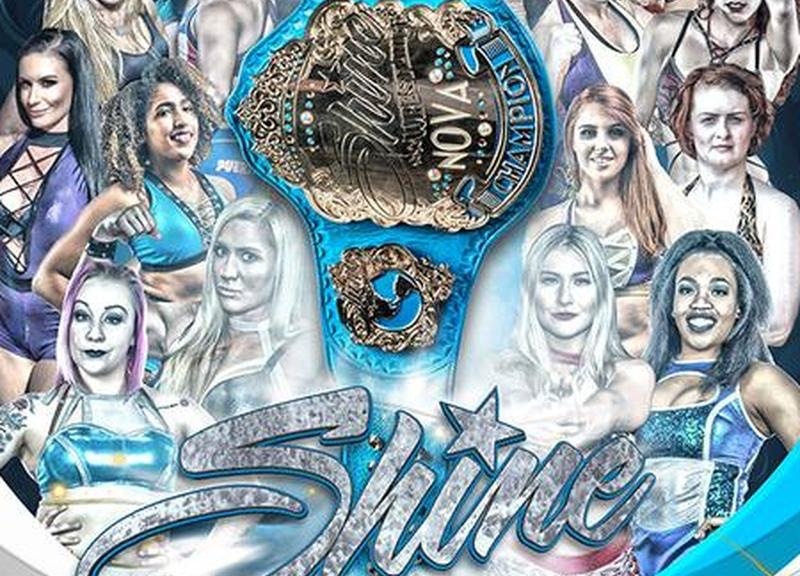 These are quick results because I just finished the NWA ppv and the AAA show has just started. I’ll try to fill in details in a day or two when I see the whole show.

This show is the continuation of the Nova Title Tournament.

SHINE 63 results from Livonia, Michigan at Monaghan Knights of Columbus on 12/13/19 and live on Club WWN and FITE:

This shows how bad the company is at promoting things. The main focus of hype is this will be the opening round of the Nova Title tournament for the vacant title. Well, apparently a few days ago they very casually slipped in the little fact that SHINE Champion Allysin Kay will defend the title against Mercedes Martinez with Martinez’s SHINE career voluntary on the line as a stipulation. Most people weren’t even aware of this title match tonight and it could have been a bigger selling point that was a wasted opportunity.

No Lenny Leonard as he’s in Japan this weekend calling Dragon Gate. Trevin Adams is play by play and Zack Romero is color man.

Taylor got the pin after a body buster which I believe she calls The Encore. She was interviewed in the ring after and did a spirited promo. She said she would win the tournament tomorrow in Chicago and take the title home to Jersey.

Stormie Lee vs. ThunderKitty in a Nova Tournament Match

Lee got the pin after a downward spiral then did an arrogant interview afterwards. Wrong choice as Lee is always terrible in the ring.

Nadi got the pin after a double arm DDT and a leg on the ropes. She said she is coming for Taylor tomorrow night in Chicago. It was all Negra for most of the match until a few big moves by Nadi at the end.

Snow got the pin in a Wrestling Booking 101 finish. Belle got on the ring to try to distract the referee and Snow then Jameson rushed at Snow but collided with Belle instead. Snow said she has the heart of a Champion. She’s stuck working Stormie Lee in Chicago.

Natalia Markova vs. Jenna in a Nova Title Tournament Match

Markova gets the pin by reversing Jenna’s submission attempt. Markova said she will make her future tomorrow.

West is a longtime Michigan and Midwest indie regular and one of the nicest people I’ve worked with in pro wrestling in the past.

Lauren got the win with the Rings of Lauren.

No surprise since she has been given a monster push in SHINE and EVOLVE. She has the ring announcer now introduce her as “EVOLVE Superstar“. Ayla Fox joined Adams on color to scout the match for Aja Perera. After the match Lauren said she can beat anyone but didn’t think it was fair that she has to be in a tournament for the vacant title. She said she should have had a match against Shotzi Blackheart one on one for it (before Blackheart gave the title up to join WWE NXT).

D’Rose got the pin in another bad finish as Notorious Nadi came out and got on the ring to distract Cartwright as she was about to get the win. D’Rose faces Natalia Markova in Chicago.

Perera won by count out when Marti Belle and Jayme Jameson interfered and cost Lee the match. The announcers mentioned that Perera had a recent WWE tryout.

Martinez won the title from Kay. The feed went out and I was not able to see how it happened. Kay lost in her home area.

Kay and Marti Belle left Michigan to head to Atlanta for the NWA ppv.

SHINE heads to Livonia, Michigan at Monaghan Knights of Columbus on 12/13/19 and Chicago, Illinois on 12/14/19 at Logan Square Auditorium. Both shows will be on Club WWN ($10 a month subscription) and FITE ($15 per show). FITE has a 7:30pm EST start time listed for both of them.

The two events will be a tournament to determine a new Nova Champion. Shotzi Blackheart vacated the title weeks ago because she is now under contract with WWE NXT.

Kaiju Big Battle events will be taking place before or after SHINE. I don’t know an exact time but the show is included with the SHINE ticket prices. https://www.etix.com/ticket/p/5576138/kaiju-big-battel-shine-wrestling-two-events-one-ticket-livonia-monaghan-knights-of-columbus-hall 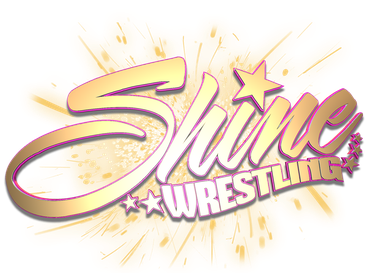 WWN released some information tonight regarding SHINE. The women’s brand will have two shows in December as doubleheaders with Kaiju Big Battle.

12/13 will be SHINE 63 in Livonia, Michigan at Monaghan Knights of Columbus. The PR interestingly notes that it will be the first night of a tournament to crown a new SHINE Nova Champion. Shotzi Blackheart is currently still Nova Champion. Tickets are available here: https://www.etix.com/ticket/p/5576138/kaiju-big-battel-shine-wrestling-two-events-one-ticket-livonia-monaghan-knights-of-columbus-hall

SHINE 64 takes place on 12/14 in Chicago, Illinois at Logan Square Auditorium with the second night of the Nova Title Tournament. Tickets are available here: https://www.etix.com/ticket/p/4120329/kaiju-big-battel-shine-wrestling-two-events-one-ticket-chicago-logan-square-auditorium

EVOLVE will have shows in the same cities and venues on 12/6 and 12/7 which makes for an interesting WWN schedule. 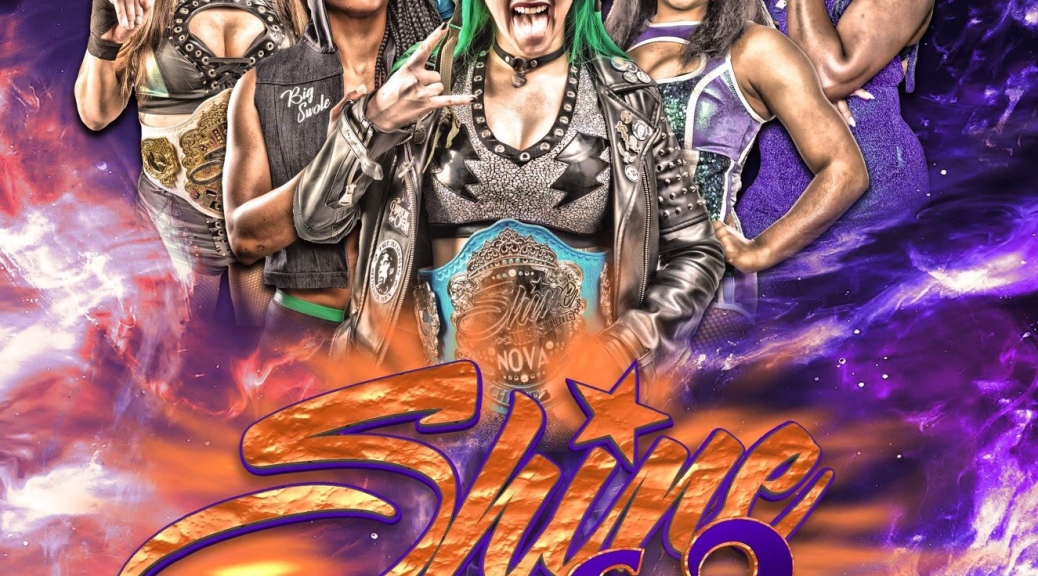 These are quick results because there is a ridiculous amount of things going on tonight and I just covered both EVE shows live.

Alex Gracia beat Brandi Lauren by reverse decision as Lauren refused to let her go from the Rings of Lauren.

Nova Champion Shotzi Blackheart and SHINE Tag Team Champions Big Swole and Aja Perera beat SHINE Champion Allysin Kay, Marti Belle, and Jayme Jameson when Blackheart pinned Jameson after the diving senton. All the titles were on the line in the match.

Blackheart will face Kay in a title vs. title match tomorrow at EVOLVE. Kay told Blackheart to enjoy being in the midcard at NXT. EVOLVE was planning on creating a Women’s Title and this match would sure be the perfect way to do it in my view.

Friendly reminder: only Wrestling Observer and PW Insider have my permission to use these results.

WRESTLING… with DEMONS
Blog at WordPress.com.